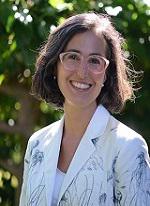 Barandiarán works on environmental politics, experts and the state in Latin America, to understand how states come to know about the environment in order to regulate it. Her teaching interests include development and environment, democratic institutions and states in transition, the politics of knowledge production and science, and innovation and environmental policies. Prior to her Ph.D., Barandiarán conducted surveys on attitudes towards science, technology and the environment in European countries. She has also worked in or conducted research on questions of rural development in Hawai’i, Mexico and California.

Barandiarán is working on a book that explores four environmental conflicts in Chile to reflect on the ways in which the Chilean state organizes, accesses and believes in environmental information since the end of the Pinochet regime. The conflicts are a toxic waste spill by a paper and pulp mill in Valdivia, the mine at Pascua Lama, the virus ISA in salmon farming, and the hydroelectric dams of HidroAysén.