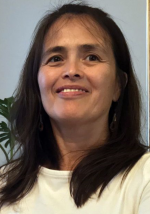 Race in the Americas, Indigenous Mexicanidad in Mexico and the U.S., and Theories of Mestizaje

My research concerns racial and inter-ethnic relations, and in particular, the role the state has played in the racial formation of contemporary Mexico and Latin America. The focus of my work is the historical and cultural analysis of state policies towards indigenous people, policies and programs promoting intercultural relations, multiculturalism and antiracism. My methodological and theoretical focus of my research has shifted somewhat over the years to stress more quantitative methods and analysis and I have dedicated increasing attention to the non-indigenous population. I also have incorporated collaborative research practices into my work. In 2009, along with Prof. Regina Martinez I co-directed the Mexican component of a collaborative research project–The Project on Ethnicity and Race in Latin America, PERLA, led by Prof. Edward Telles (Princeton)–that surveys four Latin American countries (Brazil, Colombia, Mexico and Peru) regarding various issues of race and ethnicity.

I also have done applied work in the field of antiracism. I helped found the Collective to Eliminate Racism in Mexico (COPERA), an organization that seeks to establish an observatory on racism in México. The mission of COPERA is to establish research collaborations between academia and activist, to promote and further the understanding and recognition of racist practices in Mexico and the elaboration of an antiracist agenda. I am also a founding member of the Antiracist Action Research Network, RAIAR with members in Bolivia, Brazil, Colombia, Guatemala, Mexico and USA. This network is composed of scholars, NGOs and other social organizations that share an anti-racist agenda and are interested in fostering collaborative research between academia and activists.

The Project on Ethnicity and Race in Latin America – PERLA (https://perla.princeton.edu/)